The Logic of Sharing: Indian Approach to South-South Cooperation
by Sachin Chaturvedi; Cambridge University Press, & Research and Information System for Developing Countries (RIS), New Delhi, 2016, ISBN: 9781107127920. DOI: https://doi.org/10.1017/CBO9781316422748
About the Book
India's development cooperation programmes reflect the broad principles that inform Indian foreign policy in general. In essence they reflect sovereign equality and belief in friendly relations with all countries, parricularly India's neighbours coupled with opposition to colonialism and a continued commitment to the amplification of human freedom and the creation of equitable conditions for the peaceful and harmonious developrnenr of nations. Indian nationalist leader Mahatma Gandhi underlined that while rhe juxtaposition of peace and prosperity is not a contrivance for establishing moral prospects, the two conditions are indissolubly linked. Such pragmatism is evident in the genesis and evolution of India's development cooperation policy.
Independent India has a history of successful cooperation with other developing countries. The extension of Indian resources and experrise to the global South, which dates back to the early 1950s, became institutionalised under the Indian Technical and Economic Cooperation Programme (ITEC) established in 1964. Although the scale of India's development cooperation has been modesr, it has expanded along with the country's emergence as a rapidly growing economy, at a time when development assistance available from other major emerging economies has also been growing significantly.
About the Author
Sachin Chaturvedi is Professor and Director General at the Research and Information System for Developing Countries (RIS), a New Delhi-based autonomous Think-Tank. He was Global Justice Fellow at the MacMillan Center for International Affairs, Yale University. Chaturvedi works on issues related to development cooperation policies and South-South cooperation. He has also worked on trade and innovation linkages with special focus on WTO.
Table of Contents 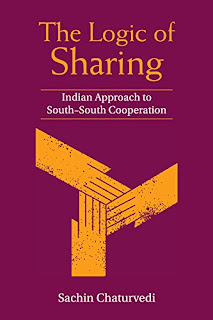