Abstract: The boundaries between scientific and technological knowledge are nebulous in some technical fields, such as the biological sciences and their applications. This has led to the appropriation under patents of knowledge (such as on specific genes) of scientific nature, which may not only have negative effects for the further development of science and new technological contributions, but also encroach on the fundamental right of access to science. The patenting policies adopted by some universities and other research institutions may aggravate this problem. Court decisions in the USA and Australia and some national laws (e.g. Brazil) have limited the possibility of that appropriation, which is still feasible, however, in many jurisdictions. Other measures – such as a well formulated research exception, the limitation of the patent claims' scope, and legislation mandating open access to research results achieved with public funding – may mitigate the effects of the exclusivity granted by patent rights, but more fundamental policy changes may be necessary in order to preserve scientific outcomes in the public domain for free use and follow-on research. 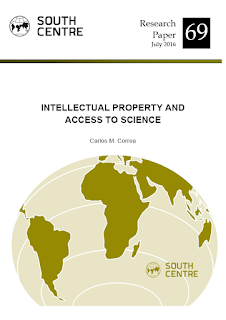