A Brief History of Tuberculosis Control in India | by WHO, 2010

A Brief History of Tuberculosis Control in India.
by World Health Organization, 2010, ISBN 9789241500159. «WHO/HTM/TB/2010.4»
Summary: This report was prepared as part of a World Health Organization (WHO) project funded by the Bill & Melinda Gates Foundation to review the history of tuberculosis (TB) control in India, to assess the impact of the TB programme on the epidemiology of tuberculosis in India, and to outline directions for future progress.
In 2006, the population of India was 1.1 billion or 17% of the world's population. The country is divided into 35 states and union territories (UTs) which are subdivided into over 600 districts (1, 2). India has 299 people living with TB per 100 000 population or 3.4 million prevalent cases (1). Every year, 2 million people develop TB and 331 000 die due to TB (1).
The National TB Programme (NTP) was launched by the Government of India in 1961. In order to deal with some of the shortcomings of the NTP highlighted by the 1992 Joint Review by the Government of India, the Swedish International Development Agency and WHO, the Revised National TB Control Programme (RNTCP) was established in 1993 and the new programme, based on DOTS – the internationally-recommended strategy to control TB, was launched in 1997 (3).
The RNTCP included flexible funding mechanisms, decentralization, an ensured supply of quality-assured drugs at all times, better supervision, monitoring and evaluation, and technical support via a country-wide network of consultants. By 2006, the whole country was covered under the RNTCP, and case detection and treatment success rates had improved significantly.
The challenge is now to sustain the existing DOTS-based programme while introducing all components of the new Stop TB strategy, including services to address TB/HIV, treatment for multidrug-resistant TB, strengthening laboratory services, and integrating TB services in all health facilities of both the public and private health-care sectors. The effectiveness of the TB control programme is likely to increase further with the focussed efforts being undertaken by the Government of India in strengthening the primary health-care system under the National Rural Health Mission (NRHM).
An estimated 2.5 million adults, or 0.4% of the adult population, are infected with HIV (4), but rates of infection are higher in four southern states, Andhra Pradesh, Karnataka, Maharashtra and Tamil Nadu, and within these states the distribution of infection is uneven (5). In a community-based prevalence survey in 15 districts, the prevalence of HIV among TB cases ranged from 1% to 14% (6). Although the HIV epidemic in India appears to have stabilized, HIV-associated TB continues to be an important challenge (7).
Based largely on a survey in Gujarat (8), 3.9% (4.9−6.2%; ranges are 95% confidence limits unless otherwise stated) of all TB cases have multidrug-resistant tuberculosis (MDR-TB), giving over 130 000 new cases every year (9). To manage MDR-TB will require a substantial increase in diagnostic and treatment capacity.
India has reached the target treatment success rate of 85% and the target case detection rate of 70%. Over the next few years, routine notification data supplemented by prevalence surveys may be used to determine the impact of TB control.
India is in a position to achieve the Millennium Development Goal (MDG) 6 and Stop TB Partnership targets by 2015 but this will require increases in funding and human resources, more intensive engagement with all health-care providers and strengthened regulation of anti-TB drugs.
Table of Contents 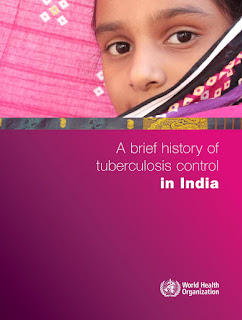