IPCC Special Report on Global Warming of 1.5°C is Released

Global Warming of 1.5°C: An IPCC Special Report on the Impacts of Global Warming of 1.5°C above Pre-Industrial Levels and Related Global Greenhouse Gas Emission Pathways, in the Context of Strengthening the Global Response to the Threat of Climate Change, Sustainable Development, and Efforts to Eradicate Poverty
by Intergovernmental Panel on Climate Change (IPCC), Geneva, October 2018.
About this Report
Under the Paris Agreement, adopted in December 2015, 197 countries agreed to aim to hold the rise in global average temperature to "well below 2°C above pre-industrial levels" and to pursue efforts to limit it to 1.5 °C. As part of the decision to adopt the agreement, the world's governments invited the Intergovernmental Panel on Climate Change (IPCC) to prepare a special report in 2018 on the impacts of global warming of 1.5 °C above pre-industrial levels and related global greenhouse gas emission pathways. At a meeting in Nairobi in April 2016, member states of the IPCC decided to accept the UNFCCC's invitation. A few months later at the next meeting in Bangkok in October, the Panel agreed on the title, outline, and scope of the Special Report.
The Special Report on 1.5 °C (SR15) is being developed under the joint scientific leadership of IPCC Working Groups I, II and III, with support from Working Group I Technical Support Unit. There are two other Special Reports underway as part of the IPCC's Sixth Assessment Cycle. These Special Reports on Climate Change and Land (SRCCL) and on the Ocean and Cryosphere in a Changing Climate (SROCC) will be published in August and September 2019, respectively.
What does it cover?
The Special Report on 1.5 °C consists of five chapters. The Summary for Policymakers (SPM) is based on the key findings from these chapters. A separate Technical Summary collates the Executive Summaries that appear at the start of each chapter into one document. A series of boxes contain case studies or themes that cut across the whole report, such as scenarios or cities. The Special Report on Global Warming of 1.5 °C feeds directly into the Talanoa Dialogue. Taking place in December 2018, the Talanoa Dialogue (Talanoadialogue.com) is the international process to take stock of collective efforts towards the long-term goal of the Paris Agreement and to inform countries' pledges to reduce their own emissions, known as Nationally Determined Contributions (NDCs).
More information about what each chapter and section of the report covers is in the agreed outline. Alongside the main report, there is also be a glossary and a set of Frequently Asked Questions (FAQs). The FAQs are intended to provide concise, accessible summaries of key topics in the report for non-specialist audiences.
Table of Contents 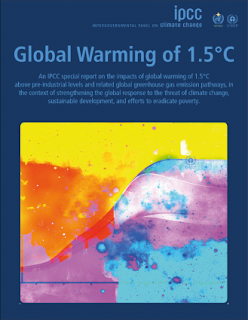